The importance of good analytical norms in efficient fertilizer programmes

Omnia Fertilizer values this so much so, that all its agriculturalists in Southern Africa came together recently for two days to discuss and debate this important concept.

Soils vary and different crops are cultivated on different soils, so it is important for the agriculturalist involved to know and understand the soils and crop reactions in his work environment. Omnia employs crop specialists on almost every crop to ensure that the right fertilizer is applied in the right place, at the right time and at the right rates. This ensures the best possible marketable high quality grains, fruit, sugarcane, vegetables, etc.

A highly committed research and development team, together with the team of agriculturalists, conducts calibration and response trials to ensure that every Omnia client benefits from the research and that crop performance and quality is enhanced accordingly.

The relationship between nutrients determined by a soil analysis and the nutrient uptake of plants and/or crop yield in a greenhouse or in field trials, gives an indication of how the specific crop will react to al fertilizer application.

The addition of extra fertilizer usually correlates well with a soil analysis, which will then show the increased available nutrients. As in any biological system, there is usually an inflection point, in other words, a turning point where there will be no further reaction to additional fertilization. Figure 1 clearly shows such a trend.

A (see Figure 1) shows under fertilization which will lead to lower yield. B shows optimal fertilization and the efficient use of nutrients. C shows over-fertilization with no further yield reaction. D shows excessive amounts of fertilizer (toxicity) which can lead to salinity (high salt levels in the soil) resulting in a yield reduction. Figure 1 clearly shows that the soil, sap and leaf analyses have to be interpreted correctly in order to achieve optimum fertilization that is used efficiently by the crop.

A soil analysis indicates the potential plant available nutrients. The soil volume explored by the roots of the crop is also a determining factor in the uptake of nutrients. A larger and deeper root system will ensure that crops are exposed to more plant nutrients. One should therefore endeavour to follow practices that promote rooting.

Soil analyses are usually interpreted in order to not only apply sufficient nutrients for plant growth if the analysis results are low, but also to lift the analysis values over time to optimal levels. If the nutrient analysis value is already at an optimum level, additional fertilization will not be necessary. Then fertilization should be done according to the yield expectation, to maintain the soil fertility. Figure 2 shows the yield reaction to nutrient values in the soil, as well as the contribution of fertilization to yield. When there are sufficient or insufficient plant available nutrients in the soil, the fertilizer rate can be adjusted accordingly. This is where the agriculturalist in a specific region plays an essential role due to the fact that he has experience in the response of fertilization on the crops cultivated. 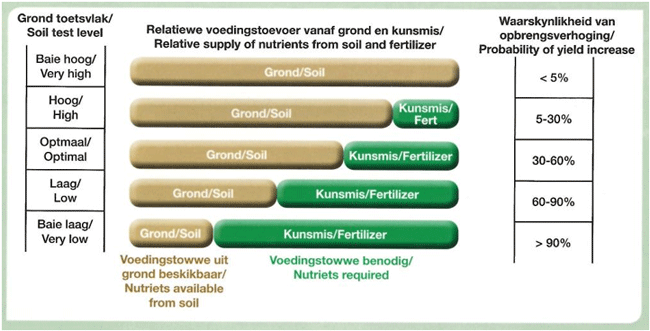 Figure 2: Schematic representation of yield reaction to nutrient levels in the soil, as well as the contribution of balanced fertilization to yield

Figure 3 shows the maize yield reaction to a well-balanced fertilization programme. The trials were conducted on fallow land during the 2011-2012 production season in the Schweizer Reneke region. A treatment containing no fertilizer was also included in the trial to quantify the contribution of the soil's natural fertility, after a fallow period, to the yield. The reaction to fertilization was very good, and despite application rates that were much higher than usually recommended, an inflection point was still not reached. The fertilizer in the trial was applied at a fixed rate, except for the variable treatment (120 kg N/ha, 21 kg P/ha, 9 kg K/ha and 21 kg S/ha). 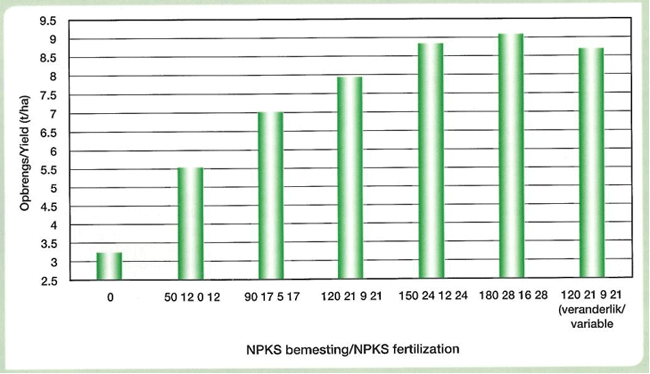 Figure 3: Yield reaction to fertilization of maize in the Schweizer Reneke region during the 2011-2012 production season (De Jager, 2012)

For the variable treatment, the fertilizer was applied according to the yield potential as well as the soil chemical analysis results. The variable fertilization yielded a 750 kg/ha benefit over the same amount of nutrients applied at a fixed rate. These trials provided important knowledge to the agronomist and the farmer involved, which can be applied with great success in future fertilization planning.

Speak to your local Omnia agronomist, who is familiar with yield reactions on various crops, to assist you with fertilizer planning for your specific soils. This practice will ensure efficient use of nutrients, which will create value on the farm. May the coming production season 2015-2016 be a prosperous one!